Today was the opening of the Raleigh Brewing Company which kicked off with a 7 hour opening celebration. I was able to enjoy roughly three and a half hours drinking, talking and just having a good time.

The place is much bigger than I expected. The main entrance serves as the door to both the homebrewing shop as well as the main bar area. 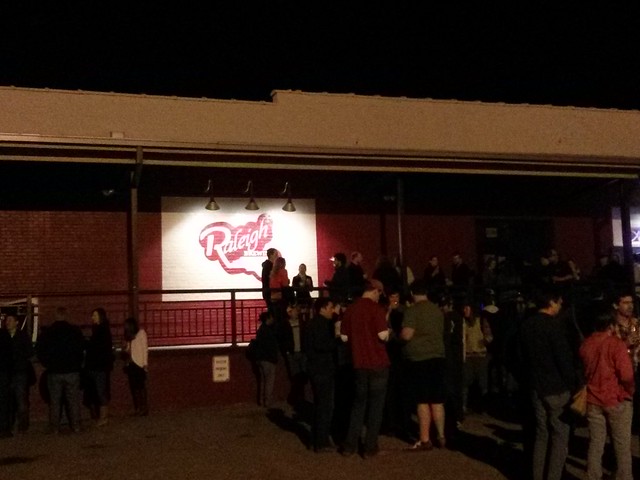 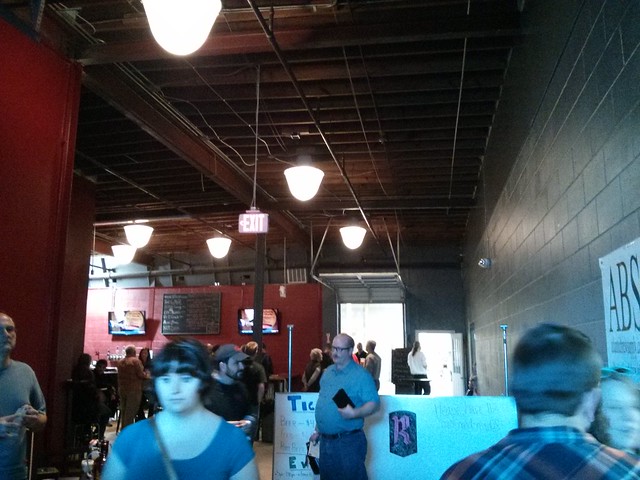 Be hind the bar is a warehouse/brewery area which also has a back in slot for food trucks. On opening night there was plenty of cornhole games going. 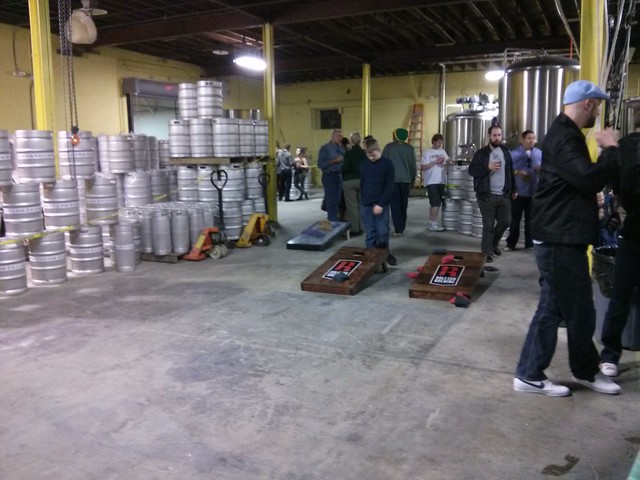 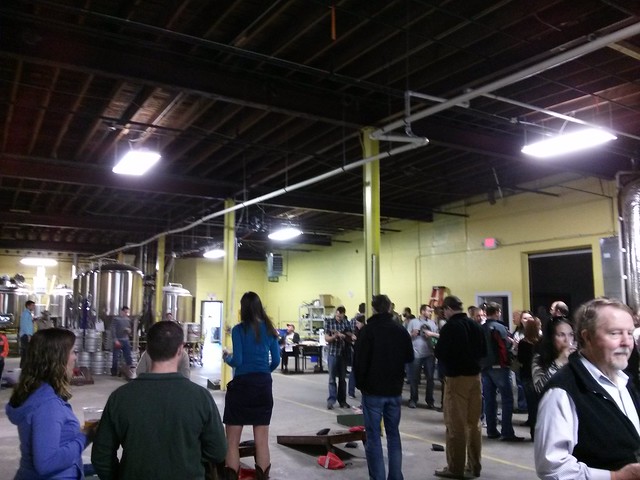 Unfortunately the doors opened before 5pm but they wouldn’t sell tickets for beer or food until the 5pm mark. This was a little awkward as a line formed waiting to get ID’d and ticketed with some people being turned away from the line. This caused a little crowed watching other people drinking. This was the only oddity of the night.

Once the general public was allowed in things started to move quickly. I was in the first five people to enter from the general public and went straight to the taps. Unsurprisingly people were friendly and civil at the bar. When a bartender asked the fellow next to me what he’d like the man kindly stated that he was third in line after me and another fellow. People were easy to talk to and just having a fun time. True craft crowd! 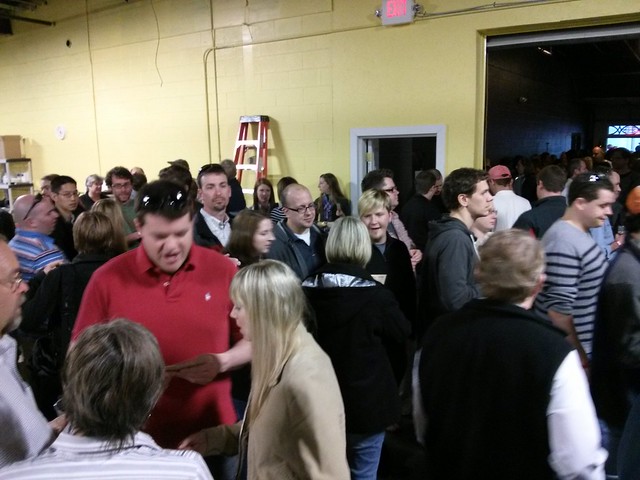 I’m not really a fan of English bitters. I’ve not had a ton but, of those I have tired, I did enjoy Fuller’s ESB. City to find Blokes was my first pour and it wasn’t bad! I chose it so I wouldn’t be putting my first taste up against some of my all time favorites in the Belgian or IPA categories. It also helped that it had such a low ABV.

I was going to down a HellYesMa’am but decided to try the Rye IPA. I was seriously impressed. This may be my go to beer when visiting the establishment. It has an amazing citrus aroma and a nice job bite. I’m a fan of Sierra Nevada‘s Ruthless Rye but this has something it doesn’t. Maybe it’s simply the freshness, I’m not sure, but I really like it.

Fun night, good people, good beer. It was a success. I’m looking forward to trying some of the other core beers … especially that HellYesMa’am!